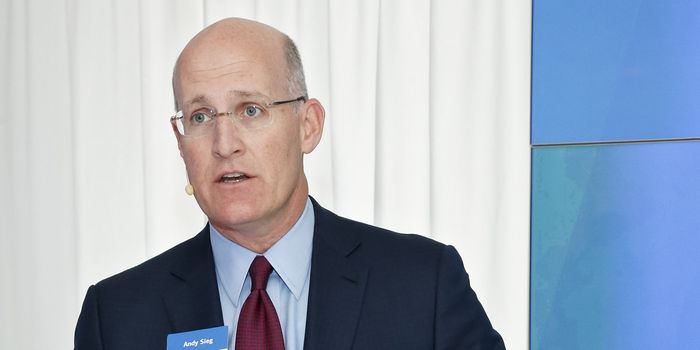 Understanding communications and signals has become something important for us all to understand in day-to-day living, in dealing with media, and now in our own jobs. In this article, we focus on what Andy Sieg at Merrill Lynch has being saying under the umbrella of Bank of America and Brian Moynihan. Before we do, let’s review the fact that Bank of America’s total sales force, including Merrill Lynch brokers and several thousand private bankers and salaried consumer bank-based brokers, fell 6.2% in 2021 with 2022 set to outpace the upheaval into double digits. What’s interesting is that Sieg and the company refute the stampede out of the firm. Instead, you have Andy’s comments.

Andy Sieg:  “The strategies and operational changes flowed from that—even down to personnel and HR matters—because what you discover, of course, over time is some people can dance differently as that music changes, and others no longer fit in the company.”

Tea Leaves: Andy could care less if there is advisor attrition because he believes that only those that fit with the new corporate paradigm he is creating in lockstep with Brian Moynihan should remain. If you can’t dance as the music changes, then leave but we’ll try hard to seize your clients and their assets. Tell that to Marci Behman who spent 41yrs at the firm doing $8M who didn’t want to leave but couldn’t take it any longer.

Andy Sieg: after Brian Moynihan became CEO of Bank of America 12 years ago, the corporate culture at the bank and its brokerage was reset as Sieg states, “from being product-oriented and, in his view, too siloed, to being a company that is built around clients.”Merrill Lynch plans to boost the number of wealth management banking specialists in brokerage branches to 800 by the end of 2022, up considerably from October 2021 when it had 540 of the specialists who work to cross-sell bank products to clients.

Tea Leaves: Andy knowns that financial advisors are not product pushers or asset gatherers but rather intelligent, experienced wealth managers who are looking after the comprehensive interests of their clients. Andy sees no slowdown on the bank’s need to push products. Sure he’s up’d a couple credits for selling their company CDs for 2023’s new comp grid, but that is to encourage you to further lock more of your client’s money to the bank. The push to sell Bank of America products is a common gripe among veteran brokers and managers who have left for other firms and complained they wanted to focus on investments rather than “handing out toasters,” as one Texas team leader said.

Andy Sieg: In 2021, Andy announced that Merrill Lynch was dissolving the Financial Advisor Development Program, one of the largest and longest running broker development programs in the industry.

Tea Leaves: By discontinuing advisor training and mentorship, it seems the “old ways” of approaching financial planning and investing are done, replaced by a new accelerated growth program which consists of hiring of new advisors under its salary plus bonus pay structure. Andy is also playing to the middle tier advisor, (The Moveable Middle),  not the upper echelon teams, once again to boost firm profitability. The bank is aggressively hiring salary plus bonus associates to push loans, credit cards, insurance, mortgages, and more so clients are so entangled with the firm that they aren’t able to leave the bank’s clutches when an advisor departs, and as well the firm earns higher margins on bank product revenue, which is not shared with advisors as part of their core payout grid.

Andy Sieg: “Merrill Lynch grows its net new assets because its advisors, particularly veterans, are well placed to score referrals,” Andy said. The firm had to change the traditional paradigm that brokers worked hard to build their book and then the business became easier later “because client development takes a backseat,” he said.

Tea Leaves: When has it ever been easy for advisors to score referrals that turn into clients? Andy is taking aim at veteran advisors as if they are fat and lazy, just resting on their laurels because they’ve worked so hard to build their business that they don’t need to go after new business. It’s all just about additional revenue for the firm., Christia Yuni who spent 22 years at the firm grew very frustrated by this mandate since she only cared to focus on a lower amount of quality clients rather than quantity.

Andy Sieg: “We really tried to step back and reset there,” Sieg said. “We’ve really worked with them in the last four or five years to make new client development, once again, a key component of the way they operate.”

Tea Leaves:  Andy knows best on how advisors should operate their practices and his push for adding new clients is truly to make them better advisors? Sure thing! The truth is Andy’s statements are purely to generate more profit for the private bank and shareholders

Andy Sieg: Andy touted the success of boosting “same-store” sales by driving its sales force to gather more assets, a strategy that he put in place with the firm’s growth grid in 2018. “The average Merrill Lynch advisor is on track to add around 6.5 gross new households compared to just two new clients annually in 2016,” he stated.

Tea Leaves:  Andy is boosting to who and for who’s benefit? He is mandating teams regardless of size or experience to bring in 4 accounts per year to increase profitability for the private bank and its shareholders and boosting to his boss Brian Moynihan.

Tea Leaves: While all firms have been offering recruiting deals since the 1950’s, Merrill Lynch emphatically decided not to no hire or offer recruiting deals for experienced advisors. Andy believes the superior model is the salary plus bonus model and hiring newbies who have little experience or sophistication to service high net worth clients. This emulates the models of JP Morgan Private Banking, Citi Group, and US Trust to bolster profitability.

Andy Sieg: “Merrill Lynch is a much more efficient and ultimately profitable approach, and the firm expects to still have 3% to 4% growth in its broker roster each year for the next decade,” Sieg stated. “From the standpoint of shareholders, this is a far more efficient way to grow.”

Andy reverses course only 5 months later,  announcing the firm will offer 325% deals which are competitive to the street.

Tea Leaves: A little late, isn’t it? Don’t be fooled by this head fake, the “new deals” aren’t traditional deals, they have claw back and stipulations that don’t serve the experienced wire-house advisor. It is just for show to stop the bleeding. Besides, the only few teams that have been recruited recently are private banking hires. What does that say about where the needle is going?

Andy Sieg: All Merrill Lynch advisors must be on teams by year 2030 because “clients simply expect and deserve more than a sole practitioner can practically provide,” Sieg said. During an August 2022 interview he said, “the individual financial advisor still exists today, but they’re the exception. The rule today is to serve clients as a team.”

Tea Leaves: Andy wants advisors to be on a team so they are locked into long-term contracts, and if advisors dare leave the firm, the thought is clients will opt to stay with the team instead of leaving with a single advisor.

Andy Sieg: “Merrill Lynch wants to see more uniform client portfolios backed by “institutional-level” advice from the firm’s Chief Investment Office,” Sieg said in an August 2022 interview on CNBC. “With core investments, we also lean much more heavily today on our Chief Investment Office and on our research department,” he explained. “We’re trying to take the dispersion of client portfolios down and make sure every client has access to world-class institutional-level investment advice.”

Tea Leaves: Since when are advisors ill-suited to decide what managers to use for their clients portfolio’s?  Promoting the bank’s “institutional-level” advice means a push the classic Private Banking formula with a set menu of products, thereby strengthening the bank’s choke-hold on your client’s assets so they are harder to take somewhere else. This is the cookie-cutter, one size fits all model portfolio option that is often firm-advantaged in many ways, far from the superior build of a custom portfolio built strategically tracked to a client’s goals and unique preferences. This is vanilla investing that a rudimentary level could be done by AI rather than by advisors with years of real-world client experience.

Andy Seig announces the largest pay cut in 13 years with what is claimed to be a “balanced plan.” This so called balanced plan highlights are 1) the average producer must grow their 5-7% in order to hit last year’s GRID, 2) commission business takes upwards of a 25% hit, and 3) advisors must grow 4 net new clients per year.

Tea Leaves: Hit them when it hurts most.  In one of the hardest years on record, with assets and T-12’s down and advisors trying hard to keep the clients they have, the firm ups the ante or get a pay cut. It seems fairly clear that Andy wants to weed out the salesforce raising hurdles just when business is down, advisors are challenged to hold on to the clients they already have, and urging advisors to save the company money from litigation costs for most any brokerage business. The decision is clearly aimed at boosting net profitability for BOA and not its salesforce.

More sure to come soon…

All Merrill Brokers Will Be on Teams by 2030: Sieg – AdvisorHub

CTP or CCCP? Either Way It’s a Disaster – Brian Neville and Roger Gershman – A Podcast for Financial Advisors
November 22, 2022

Why Would You Ever Consider Leaving Your Firm In A Tough Or Bear Market? Ask Roger – Podcast For Financial Advisors
November 8, 2022

Why Your Business Just May Not Grow For The Next Decade ! Ask Roger – Podcast For Financial Advisors
September 20, 2022
Go to Top